Inspite of good reviews or bad, The Lonely Hearts Club is right now a popular book because of its theme. Though light and funny it deals with a common-place yet rarely-addressed issue — the way girls change themselves for guys.
Cue horror music.
Enter human girl enamoured by sparkling vampire.
Exit girl shedding her human identity to turn into a vampire.*
Humans or non-humans, this affects everyone and it’s frequently reflected in fiction like it doesn’t even matter. Thankfully, Elizabeth Eulberg decides to do something about it. She creates the sassy Penny Lane Bloom, who has more sense than her counterparts and decides to stand up for herself.
Hopefully some will get the hint from the book.
Yet there will still be some who wont.
Like, I know people who cannot remain without boys for more than a day. When they break-up with their boyfriends they become emotional wrecks (which is understandable since break-ups are obviously tough or whatevs) but they get depressed and suicidal because they don’t have a guy in their lives and remain so till they get another (which isn’t more than a week later). It’s as if without a guy their identity gets a violent shake-up and they feel threatened or something. That’s just so…unhealthy. No wonder we never stayed friends.
I’m not talking about swearing off guys. Heck, that’s not even possible (Elizabth Eulberg tried while she was writing The Lonely Hearts Club…and failed) especially when you have a cake-e-licious someone as your next door neighbour or your best friend’s all smokin’ — but does that mean you become someone else for a guy?** Lame. Lame. Lame.
All those whose schedules revolve around that of a guy’s? Lame. Lame. Lame.
All those who don’t have time for their friends because now they are busy with their boyfriends? Get a life check. We were here first.
Standing up for yourself doesn’t only mean standing up if you’re in an abusive relationship (that demands something bigger). It’s the little things too. Like for once choosing your favourite movie instaed of his. IT’s not always about compromising. Sometimes, and more often than not, it’s about not being a pretender TO YOURSELF. 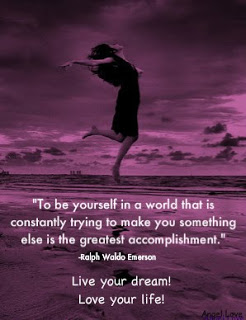 Some guys push around their girls, some girls are naturally submissive. They are both equally bad. And it’s up to you if you just wanna be somebody’s shadow or get a face for yourself.
Once again, it’s not about swearing off guys. If you like someone, and someone likes you back, it’s the coolest thing on earth, but you don’t give up who you are for that. You don’t give up your friends.
Penny falls in love, too — inspite of all the rules she makes for her club — but she lands squarely on her feet. And that’s the charm of it.
Even in Jaclyn Moriarty’s The Year Of Secret Assignments, Lydia (one of the MCs) sets one condition for her relationship — if she starts losing her identity, she’ll be done with it. Fighting with swords and battle-axes are fine and everything, but these are fiction’s true heroes. Because fiction isn’t just an untrue story. These stories reflect on life and sometimes they inspire people. I think that’s one reason why we read. Sometimes we just want to be inspired. And that’s cool as long as we don’t have girls wanting to have stalker boyfriends who think sexual assault is sexy*.
Once in a while we need a book like The Lonely Hearts Club that takes a dig at the puppet and makes you wanna punch the tossers. 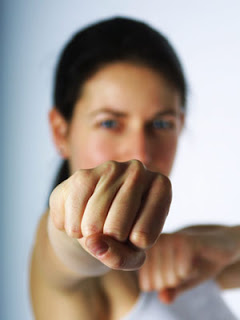 /ends rant
*References to any work of fiction is entirely coincidental.

10 thoughts on “What THE LONELY HEARTS CLUB tells us”

Picture Book Alert!
I finished reading British-Ghanaian author Caleb Azumah Nelson’s Open Water in the bath yesterday. A most perfect read.
I always viewed Emily Ratajkowski as one of those exceptionally hot models who thrive by sexualizing their bodies (which is great) but which almost always aligns with the male gaze (which puts the whole thing at odds). In other words, I haven’t really known what to think of her.
This book came to me at a time when I *needed* it. It’s almost magical how coincidences work out. I mean, I saw the title, I knew the book cos I had seen it around, but I didn’t know much. I went into it with a certain expectation, and came out of it with a whole other perspective.