Skip to content
Today heralds the beginning of the I LOVE DARK YA Blogfest hosted by YAtopia. Be sure to check them out! 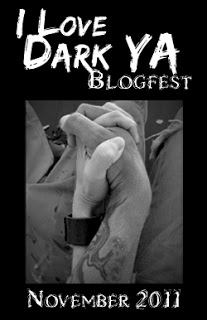 My love for Dark YA is no secret. While what is dark is often debatable, for me they are those books that punch me in the guts and make me teeter on the edge of psychological cliffs. They are on a perpetual quest for the truth and when they do find it they make me weep for the human condition, for the teenagers trapped in them. And sometimes in those quiet moments they make me stop to listen to everyone breathe. For me, they have always been cathartic, sometimes finding beauty in ugliness and pain in prettiness. Here are a few of my favourites:

This book officially made Stephanie Kuehnert my hero. What an achingly beautiful, heartcrushing, roller coaster ride of a journey through the shattered lives of a motley group of Chicago teens having to resort to self-injury and substance abuse to get  through each day. And they record it all in their book of ballads – the stories of their fucked up lives singing out of the pages.
This is what author Melissa Marr had to say on Goodreads – “No sugarcoating. No BS. She writes beautiful terrible truths.” Enough said.

Before I Die – Jenny Downham


Possibly the bravest book I’ve ever read. And my most favourite ever! About what it means to live and what it means to die. And also asks that question that doesn’t get asked often – how far would you go to experience it all?
I cannot express what I felt reading Before I Die. Anguish, despair, hope, loss, love. And over it all hangs the inevitable curtain of death. Damn, death. This was a celebration of Tessa’s life amidst the darkness of running out of time. And the way the book moves towards the ultimatum…a wowzer of a read.


If a book has ever made me feel claustrophobic, this was it.
Forbidden isn’t just a sibling incest story. It deals at length with depression, paranoia, alcoholism and the author is so visual in her depiction, the whole time I felt like the walls were closing in on me and had to put it down to take deep breaths.
Reactions to this book have mostly swung to the extremes and I fall into the lot who consider it a powerhouse of a book. This is as dark as it gets.


The only urban fantasy in this list, every time I think of this book it makes me ache. It’s one of those few ones that take you to those dark places that aren’t only literal.Leslie is a rape victim, living with a mostly-absent father and a brother who pushes her to ‘make sweet’ with his friends. To escape, she is drawn to beautiful tattoos and in turn, to the captivating world of fay, where she becomes a pawn in the dealings of the courts. And her soul is fed on, her body is fed on. Gah, this book is unforgettable. Melissa Marr doesn’t reveal it all in one go. She holds back some, whispers into your ear some more, keeps you on the edge. 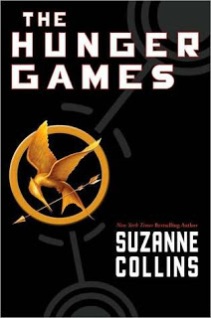 
This is reality tv of the future. At a time when the world is a deadly, dark place. Where the threat of death hangs at every corner. Where life is really a game that you play or die. And children and teens are pawns at the centre of it.
This is a masterstroke of a series where almost every sentence felt like a cliff-hanger. A heart-stopping tale of angst and suffering and hard fought victory of the human spirit.

You Are Not Here – Samantha Schutz


There are so many books written on grief. And I’ve read a lot of them. I have a lot of favourites among them, but none depicted grief and ALL it’s stages as convincingly and painfully as this did. On a personal level, I was in exactly the same dark place as the main character when I read it and I was stunned with how exact it seemed. What it’s like to lose someone who wasn’t really yours to begin with. And no one really knows how much you’re hurting. This verse novel was heartbreaking, and so very cathartic. 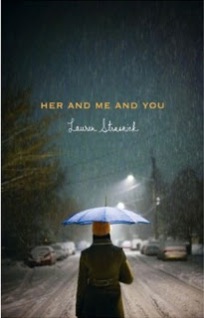 Her And Me And You – Lauren Strasnick


I cannot pin-point what it is about this book that makes me think about it at very odd hours. When I first read it, I really liked it, but it fell short of being loved. Now though, I keep going back to it, reading short scenes from it and thinking.
It’s very ambiguous, this book. The fragments of sentences leave the reader to fill in the blanks.An alcoholic mother in tow, town newbie develops a strange attraction to brother/sister twins Adina and Freddie. There are hints of twincest but the nature of the relationship between the twins is never fully explained. Neither is the main character, Alex’s sexuality spoken about out loud. The atmosphere of the book is exactly like how the cover depicts it to be – quietly dark, the rain hitting you a little harder as you go along.


What are your favourite dark YAs?

22 thoughts on “I LOVE DARK YA Blogfest: The Books I Love”