Skip to content
Happy, happy Christmas, that can win us back to the delusions of our childhood days, recall to the old man the pleasures of his youth, and transport the traveler back to his own fireside and quiet home  ~ Charles Dickens


It’s Christmas eve in my part of the world.
Which means I’m full of that giddy joy that accompanies the 24th of Dec. Which also means that I’m so bubbling with, well, feelings, that I don’t quite have the words, for a proper post.

So I’m gonna let other things do the talking.
Like Safe & Sound – the Taylor Swift ft The Civil Wars song from the official The Hunger Games soundtrack. WHO KNEW? I mean, I’d never associate Taylor with HG (c’mon, she’s so sweet and fairy tale-ish, while HG is..well, HG) but..GAH, THIS IS PERFECT.

I can imagine so many instances for this song to be featured. Like, when Katniss tries to console a crying Prim before leaving for the Hunger Games – I don’t remember if there’s such a scene in the book, but if there’s one in the book, and this song is played in the background, it would be so fitting. Or after Rue dies and Katniss sings her a lullaby, this could be the background score – it has such a lullaby-like quality to it. Also, I just know it’s going to rip my heart to shreds. In fact, this song can even fit in when Katniss and Peeta are alone together and Peeta’s certain that he would die. I just this song would be compelling anywhere.
I only, really, hope they actually use the song in the movie. Unlike what was done with Christina Perri’s A Thousand Years from Breaking Dawn (it was part of the official soundtrack but didn’t feature anywhere in the movie).

It’s crazy, but this song just made Christmas a little more perfect 🙂 And if for some reason you are down and sad and lonely, I hope these photos make you smile. Because photos kinda do that. 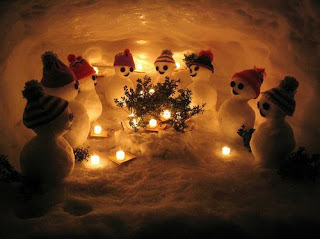 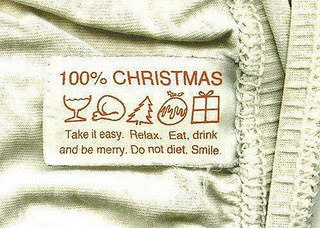 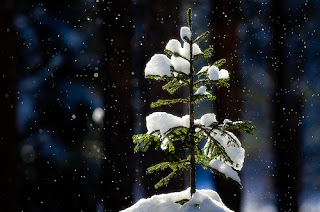 My comfort read for this Christmas is Trisha Ashley’s The Magic of Christmas.

In the pretty Lancashire village of Middlemoss, Lizzy is on the verge of leaving her cheating husband, Tom, when tragedy strikes. Luckily she has welcome distraction in the Christmas Pudding Circle, a group of friends swapping seasonal recipes – as well as a rivalry with local cookery writer Nick over who will win Best Mince Pie at the village show… Meanwhile, the whole village is gearing up for the annual Boxing Day Mystery Play. But who will play Adam to Lizzy’s Eve? Could it be the handsome and charismatic soap actor Ritch, or could someone closer to home win her heart? Whatever happens, it promises to be a Christmas to remember!


(And that cover? It’s got sparkly bits all over it!)


Have a great Christmas, blogstars! And make sure you’re under the mistletoe when there’s a smexy boy/girl (whichever you prefer) around 😉


(All photos taken from here)